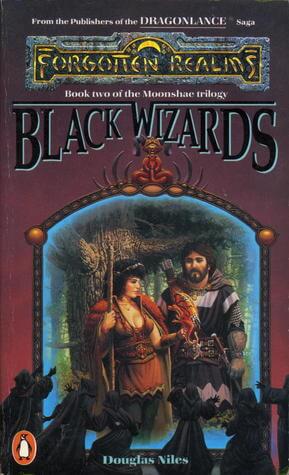 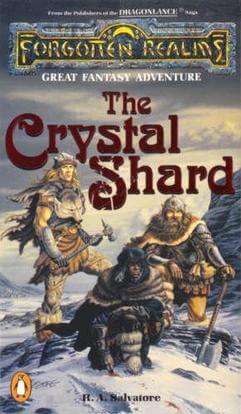 (Forgotten Realms #2, The Icewind Dale Trilogy #1) (First published 1988) The bumbling wizard apprentice Akar Kessel is transformed into a tyrant when he discovers a millennia-old artefact of incredible power. Crenshinibon – the Crystal Shard – is a sentient relic that grants huge power to its wielder even as it bends them to its will. The frozen tundra soon shakes beneath the feet of the goblinoid army raised by Akar Kessel as he prepares to conquer the Ten Towns of Icewind Dale. Only a small band of heroes stands in his way: The strange drow, Drizzt Do’Urden, who has rejected the evil ways of his kind; the exiled dwarven king, Bruenor Battlehammer; and Bruenor’s indentured ward, Wulfgar, a mighty […] 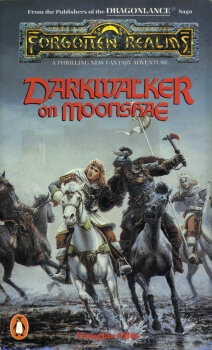 (Forgotten Realms #1, The Moonshae Trilogy, #1) (First published 1987) In the kingdom of Moonshae, a terrible struggle is about to ensue. The evil beast Kazgoroth has awakened. Drawing power from a corrupted Moonwell – a source of power sacred to the Goddess – it roams the land, amassing its followers and spreading darkness throughout the isles. Prince Tristan must rally his people against the threat of this ancient evil even as the Goddess sends her own children to combat the threat. The first Forgotten Realms novel ever published, Darkwalker on Moonshae draws on Celtic-inspired mythology. Located a hundred miles off the western coast of the Forgotten Realms, the Moonshae isles have scant little to do with the mainland Forgotten […]

As some of you may know, back in the early 2000s I created a series of popular modules for the PC roleplaying game Neverwinter Nights. A critical and commercial success, Neverwinter Nights empowered a legion of D&D fans to create their own digital adventures. For the younger me, it was an opportunity to create stories set in the fabled Forgotten Realms setting, which had first gripped me as a young teen. Though occasionally derided for its chaotic, grab-bag worldbuilding, that same one-size-fits-all approach infused the Realms with an incredible diversity of locales and characters that have fueled around 400 novels and short story collections, dozens of roleplaying books and accessories, and more than a score of video games. It would […]