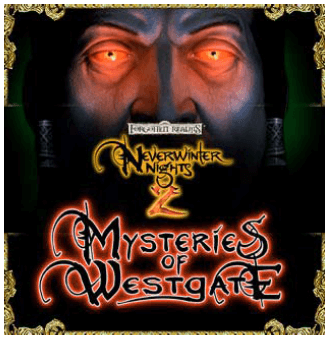 Mysteries of Westgate is a 2009 official expansion for Obsidian’s Neverwinter Nights 2 roleplaying videogame produced by Ossian Studios. Luke was lead designer and writer on the project. Despite being positively received (73% on Metacritic), the game’s reception was a little muted because of the 20-month delay prior to Atari finally publishing the title. Nowadays, Mysteries of Westgate is regarded as something of an undiscovered gem that excels in capturing the essence of a grand city adventure, with interesting characters and a plethora of side quests that can be solved in multiple ways.